As you tabbed the keyboard repeatedly, a fierce game competition ended up with a great triumph. And then, an idea sprung to your mind that you want to record steam game. But what is the best recorder for games? And how to record games on Steam?

Most recommended Steam screen recorders usually feature smooth operation, ease of use, and flexible customization settings. What’s more, they can help you record Steam videos without causing lag, and export HD videos with no watermark. It would be better if they could support webcam recording and this screen recording software has

Given that, 3 Steam video recording software will be recommended to you and you can learn their tutorials on how to record Steam game videos easily.

Instead of introducing common methods such as leveraging the built-in screen recorder on your computer, we recommend FonePaw Screen Recorder as the reliable option. It boasts the most all-around functions. By enabling hardware acceleration, FonePaw Screen Recorder can record Steam gameplay with little impact on the overall performance so that it won’t slow down the game.

Moreover, this screen recording software has a professional function: Game Recorder. It is a function specially designed for gaming video recording. Considering users’ experiences and suggestions, Game Recorder will automatically locate and lock your game windows to prevent mistakenly recording other pages.

FonePaw Screen Recorder has nearly everything you need in recording gameplay on Steam:

As you can see from the YouTube video, not only is it fully featured, but the recorder is also well-designed with a user-friendly interface to start screen recording without extra instruction.

Download and install the FonePaw Screen Recorder on your Windows or Mac computer.

On the setting page of Game Recorder, you can select the game you want to record. The program will automatically locate the game without being interfered with by the other programs.

Then, you need to customize the audio settings like turning on/off the system sound or microphone and adjusting the sound volume. Also, it’s suggested that you have a soundcheck beforehand in case you have to adjust the volume while recording.

While recording, you are free to take screenshots, but adding annotations and texts is not supported.

Step 5. Save the Game Video

Now that the video of the Steam game is recorded, you can preview the recorded video. With a built-in advanced trimmer, you can trim the recordings to get the most amazing clip. After saving the game video locally, if you want to share it with others, there is a Share button for you. Just click it to upload the video to YouTube, Facebook, Vimeo, or other social media. After you have post your recorded highlights to YouTube, you can also repost it to your Steam account. Click here to learn how to do it. 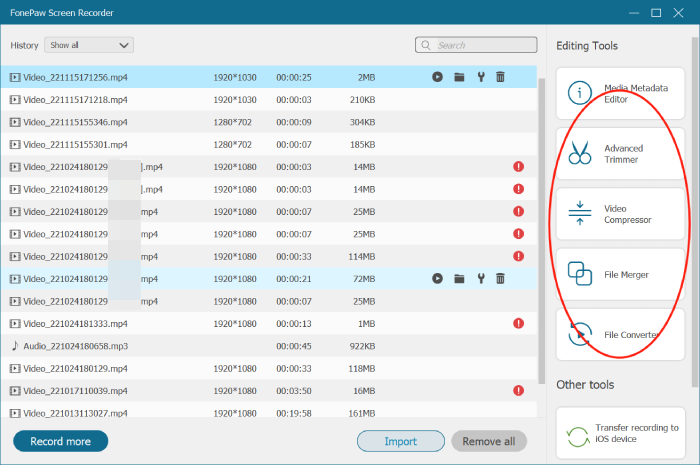 How to Record Steam Games with OBS

On the internet, OBS is highly recommended because it is free and works well. Not only it can record videos on Steam, but it can also stream your gameplay to Twitch, YouTube, and more. It can record Steam DirectX 8/9/10/11/12, and OpenGL games on Steam at up to 60 fps. Games, webcam overlay, and audio can all be recorded. Follow these steps and you can record and create a stunning gameplay video with OBS.

Step 1. Download and install OBS on your computer. To install OBS, you need to run its Auto-Configuration Wizard, which may change your computer's settings of recording, resolution, bitrate, encoder, and more.

Step 2. To record game audio on Steam, make sure you have selected the right audio devices. And you can adjust volume levels in the mixer section of its main window.

Step 3. Sources are what you are going to record with OBS. To record games on Steam, click Game Capture. If you need to add a webcam, click Video Capture Device.

Step 4. Open the game on Steam and click Start Recording on OBS to start recording your gameplay.

Advantages and Disadvantages of OBS

How to Record on Steam with Xbox Game Bar

Xbox Game Bar is a built-in game recorder for Windows 10. That is, you don’t need to download it or download other software. By pressing Win + G buttons, you can initiate the Xbox Game Bar, which can record gameplay on Steam with audio, microphone, and webcam.

Step 1. Click the Start menu to find Xbox Game Bar or use the default keyboard shortcut Windows + G to launch it.

Step 2. Before recording, you can reset the recording setting, such as “General”, “Broadcasting”, “Audio”, and other settings. And then, you can open a game to record.

Step 3. After the recording is done, you click Stop to end the game recording, and the game video is saved on your computer.

Extra Tip: How to Post a Video on Steam

Don't forget to check that the video's embedding settings are set to Public. 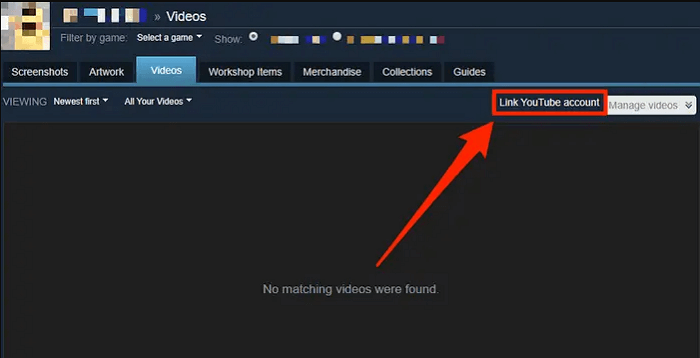 Step 3. To link the account to your Steam page, click Access your YouTube videos on the next screen. After that, you may browse your public Youtube videos and choose the one you wish to submit on Steam. Then click Add Video, and the videos will be added to your Steam profile.

Above all, you can see that each recorder has its features. FonePaw Screen Recorder is versatile and records Steam videos on Windows/Mac in high quality. For those who like to explore software, OBS is a good choice. If you don’t want to download other applications, you can just record Steam with Xbox Game Bar.

To sum up, the 3 recorders mentioned above are all professional. However, in comparison, Xbox Game Bar is like a green hand; OBS is truly powerful, but it is a little complicated for persons who are not tech-savvy. In terms of the FonePaw Screen Recorder, though it is not 100% perfect, it is easy for beginners to get started and owns multiple functions that can meet gamers’ demands. Right now, you must have made up your own decision, and you can use one of the 3 recorders to record any highlighted moments on steam and share them with everyone.