No matter what devices you are using, you can easily change video speed with the fast and slow-motion video editors below.

Icecream Video Editor (opens new window) has a video speed changer that lets you easily control the speed of a recorded video. By using the speed changer, you can easily speed up or slow down a video on Windows 10, 8, 7 PC.

Moreover, with its advanced video editing capabilities such as color correction, special transitions & effects, trimming, cutting, you can make your slow-motion or fast-motion videos more intriguing.

Speed up/slow down video on PC

Step 1: Open Icecream Video Editor and import the audio for your fast or slow-motion video. You can drag and drop the recorded video into the Media Library directly. 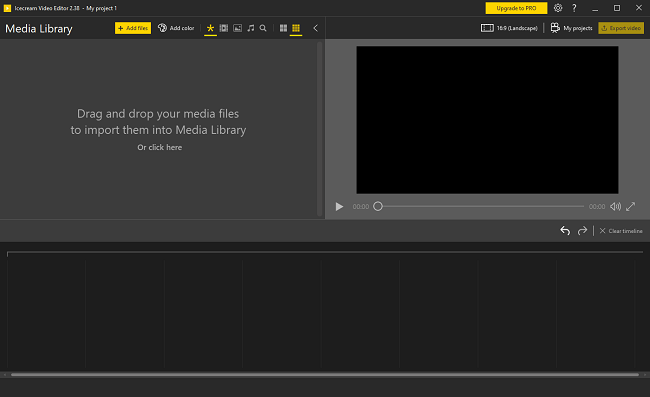 Step 3: In the General panel, drag the bar of speed. By default, the video is played at the speed of 1.0. 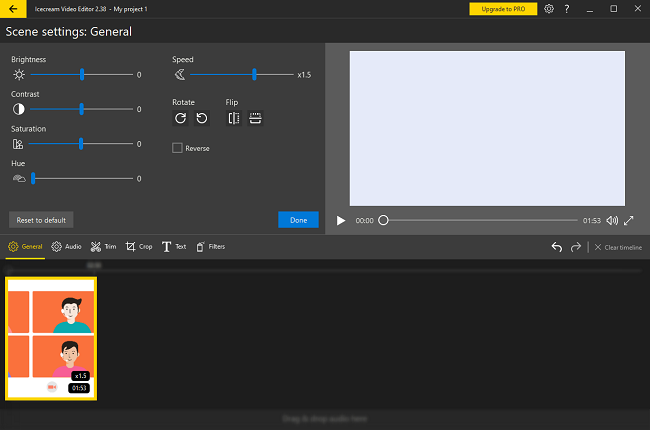 Step 4: Click Export video to leave the video editing panel. Now you can play the video to preview the speed-changing effect.

You can also clip a video to speed up or slow down one action in the video, reverse the video, add music, text, apply effects or filters to level up the fast or slow-motion video.

Icecream Video Editor is a multi-faceted fast and slow-motion video editor for PC. It is perfect if you want to do more video editing than just speeding up or slowing down a video.

If you are using a Mac to make fast and slow-motion videos, you can use iMovie, an Apple video editor that can change video speed on Mac.

Speed up/slow down video in iMovie

Step 1: Create a project and import a video.

Step 2: Put the video in the timeline, click the Speed button. 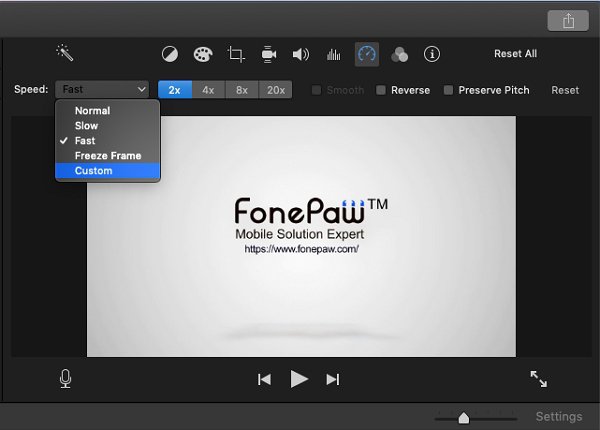 Step 3: In the field of speed, select either Slow or Fast and choose a video speed. 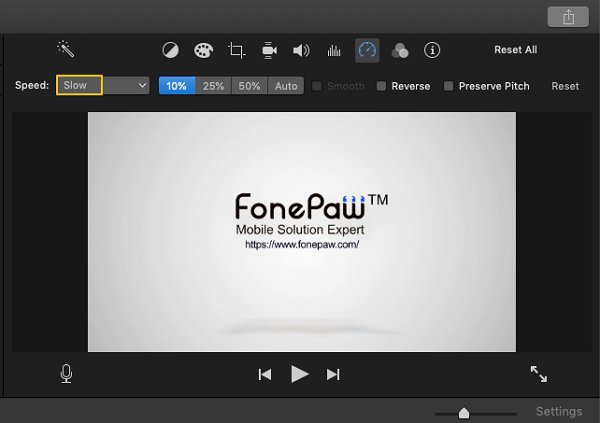 Tip: You can also choose the Custom speed and input a number to customize the playback speed of the video. 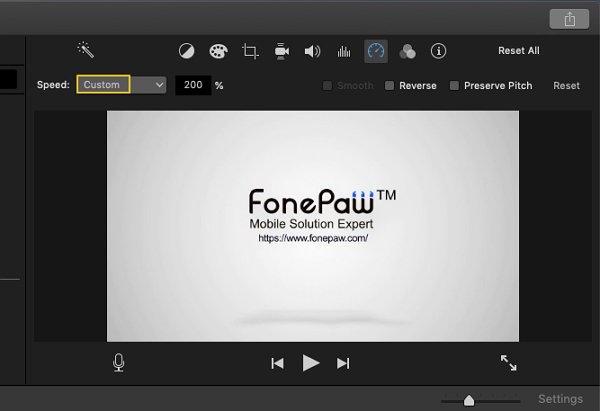 Speed Pro is a fast and slow-motion video editor available for iOS users. It can fast forward the playback of a video from your camera album at the speed of 2x, 4x, or slow down the video at -2x, -4x speed. It is also a video editor that can trim, flip, rotate iPhone videos as well as apply themes, effects.

However, the free version is crammed with ads and has watermarks. You have to purchase the full version to remove the limits.

Fast forward/slow down videos on iPhone

Step 1: Install Speed Pro on your iPhone. Your iPhone should be on iOS 9 or above.

Step 4: The app will process the selected video. Choose a speed to make the video faster or slower.

Step 5: Tap the checkmark to save the change. 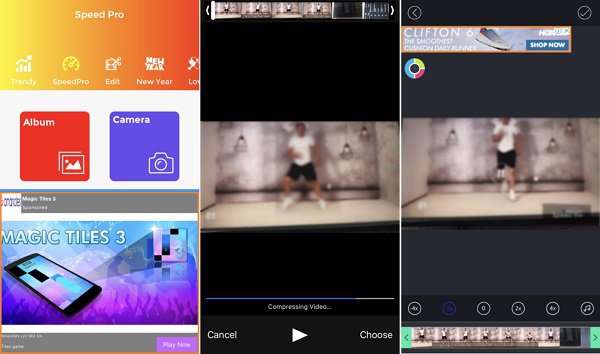 Some Android phones, such as Samsung Galaxy S9/S9 Plus, can shoot slow-mo videos (opens new window) with its built-in camera. If your phone camera doesn't support slow-motion or fast-motion videos, you can use the video speed editor app to adjust speed after recording.

Videoshop is a well-regarded video editing app for Android & iOS phones. It can help you make time-lapse, slo-mo, or fast-motion videos on an Android device. Besides adjusting video speed, the editor can also trim, merge or add text/music to the videos.

Step 3: Drag the slider to slow down or speed up a clip.

Step 4: Tap the checkmark to save the change. 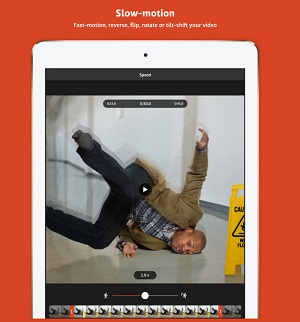 Video speed editor apps are more convenient as you can speed up or slow down a video right from your Android phone or iPhone. On the other hand,editing videos on a computer (opens new window) give you more control and advanced features. If the video editor app crashes or is not working on your phone, you may import your videos to the computer (opens new window) for editing.