Quick Ways to Fix Touch Screen Not Working on Android?

This tutorial is going to help with touch screen problem on Android smartphone and tablet. The problem could be:

Why is My Phone Touch Screen Not Working?

Phone touch screen could stop working for many reasons. Here are the most common reasons why your Samsung, LG, Pixel, ZTE, etc. don't respond to your touch.

If the touch screen just stops working for no reason, it is probably caused by a software problem. You can refer to the Part 2 for solutions. 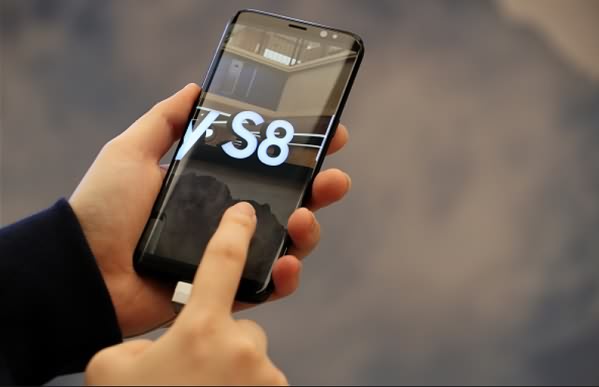 Touch Screen Not Working: How to Fix?

If your touch screen doesn't experience any physical damage but suddenly stops respond to your touch, this may be caused by software issues.

Before rushing into any other troubleshooting procedure, restart your Android phone or tablet to fix software glitches that may prevent the screen from functioning. To restart an Android device with the touch screen is not working properly:

In many cases, the touch screen will respond normally after the device reboots.

Sometimes, a faulty memory card or SIM card should take the blame. Therefore, 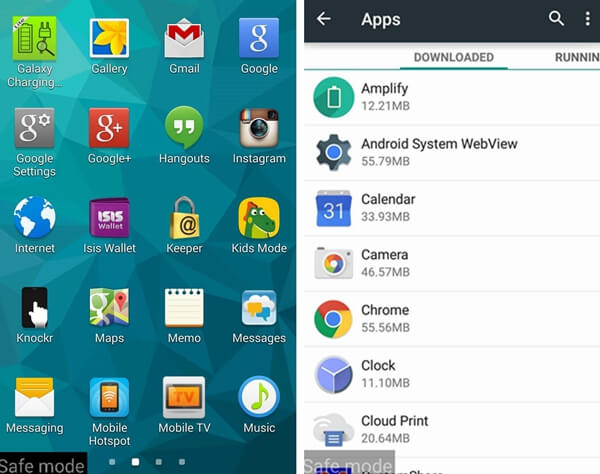 If your touch screen just lags or respond incorrectly, you can also try to enter safe mode in this method: 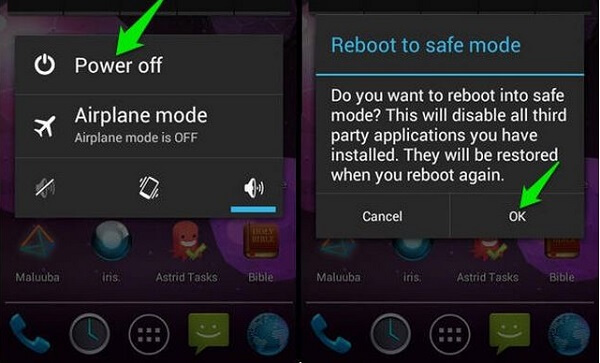 If the touch screen is completely unresponsive, factory resetting the device in Recovery Mode may help. However, this will delete all data in your Android device, including downloaded apps, photos, messages, contacts, etc. Therefore, use this as the last resort and if possible, have a backup to your Google account beforehand. 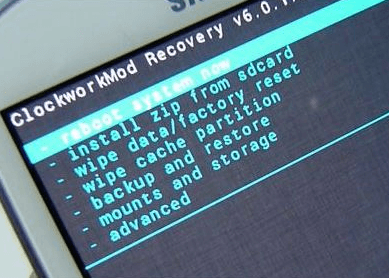 Note: If the touch screen is still unresponsive even after a factory reset was performed, please move to the following methods to fix phone screen.

There are apps in the Google Play Store that can calibrate your phone/tablet touch screen and improve its accuracy and responsiveness. These apps are especially helpful if your touch screen responds too slow or inaccurately. Type "touch screen calibration" on the search bar in the Play Store and you should get quite a few results. Read the reviews carefully before download.

Touch Screen With Physical Damage: How to Fix?

If your phone or tablet has been dropped, smacked, water damaged, the touch screen could be damaged and thus stop working. Before replacing a new touch screen, try these free tips first.

A diagnostics test of the touch screen won't fix the problem but it helps to identify which areas of the screen are truly unresponsive. To access the diagnostics tool, you need to enter a specific code in phone dial. And the codes differ for Android devices of different manufacturers, models, OS versions. Here are some codes that are commonly used:

For example, here is how I test the touch screen on my Samsung Galaxy S4 on Android 4.0. 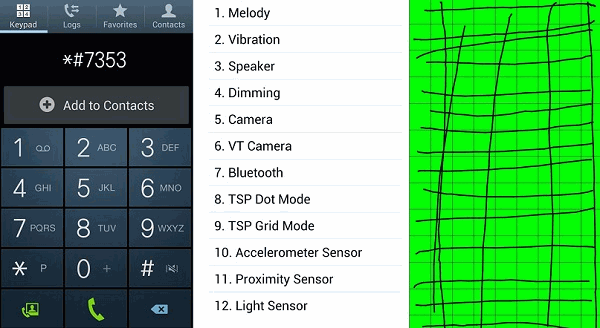 If the device has been dropped or smacked, the digitizer cable could be loose and thus touch screen doesn't respond. If this is the case, you can fix it by gently knock on every corner of the touchscreen for a few times. The method has been proved effective by many users.

In many cases, touch screen stops working after the device experience liquid damaged. There is still a ray of hope that your touch screen will be back to normal if you fix the water damaged Android device (opens new window)with four do's and don'ts.

Touch Screen is Non-Responsive: How to Recover Data? (Video Guide)

No matter why your touch screen is not working now, only if it has enough battery and the buttons can work, you can try this way to backup data before fixing the unresponsive screen (opens new window).

What should you do before backing up the data?

Now, just check how I fix my phone touch not working with the help of USB cable

Steps to Recover Data When Touch Screen is Non-Responsive

STEP 1. Launch the homepage of the program and then move to "Broken Android Data Extraction". Then click "Start" to select the corresponding model of your device, e.g.: S6, SM-G920F.

STEP 3. When the repairing is done, your phone data will be scanned out. Waiting for several minutes, all the existing data can be saved with the "Recover" button. 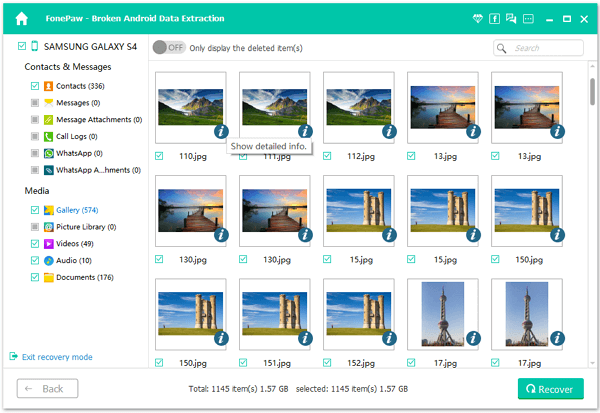 In fact, we may meet with many cases about touch screen, even though you use different phone models, like:

After trying the steps above and cannot fix, you can go somewhere to get your phone screen fixed, especially the local repair store.

If you find other fixes useful for unresponsive touch screen, post it to share with us below. It will help others who are experiencing the same problem.