How to Restore Drivers on Windows 10

Updating to the latest drivers doesn't always end up well, whether you install the drivers through Windows Update or from manufacturers' websites. Sometimes, a driver update fails, or a new driver doesn't work and even crashes your computer. When the newly-installed network adapter, graphics, audio, USB or other driver doesn't work on your PC, you can restore the driver to previous version to fix the problem. There are two ways to restore drivers on Windows 10. We'll get to them one by one.

# Method 1: How to Roll Back Driver on Windows

Windows' Roll Back Driver feature can uninstall the current driver for a hardware device and then re-install the previously installed driver. The feature is available on all versions of Windows (Windows 10/8/7Vista/XP). Here are the specific steps to roll back driver on Windows 10.

Step 3. On the Properties menu, choose Driver and press the Roll Back Driver button. 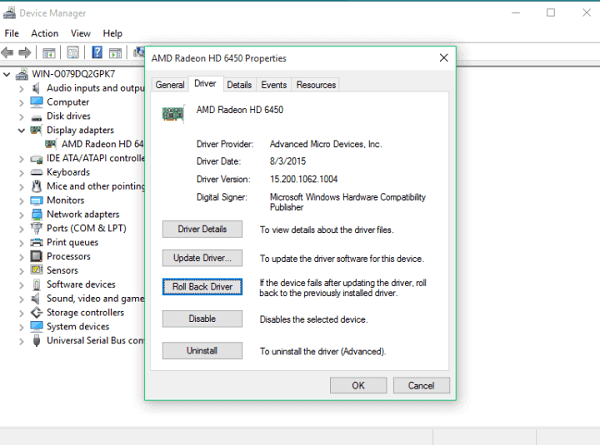 Step 4. After the previously installed driver has been restored, Windows may prompt you to restart the computer, tap Yes. But for certain drivers, there is no need to restart the PC and you won't get the notification.

# Method 2: How to Restore a Driver in One Click on Windows

If there is no driver file on your laptop, notebook or desktop PC, you can use Driver Talent (opens new window), the all-in-one drivers management tool, to restore drivers in one click.

Follow these steps to restore drivers with Driver Talent for your Windows.

Step 2. Install and launch the program on your PC, click Scan and the program will list all the drivers that need to be repaired.

Step 3. In the Download & Install category, locate the driver that you would like to restore to previous version. 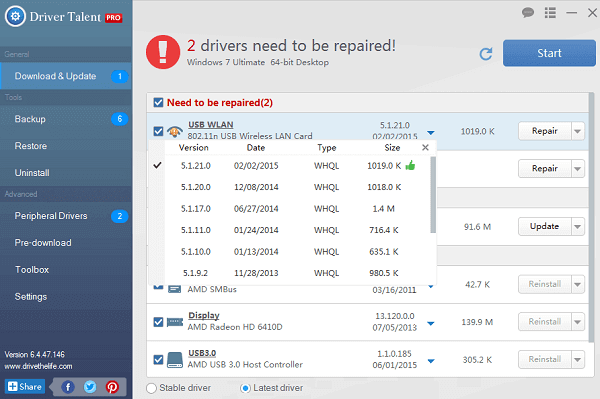 Step 5. After the previous version of driver is installed, you may need to restart the computer.

If you have made a backup of your drivers with Driver Talent, you can directly go to the Restore category: tick the driver and click Restore button to get back the previously installed drivers.

If you don't have a backup yet, you are suggested to backup drivers with Driver Talent to prepare for any future driver issues.