Why is My Android Phone Not Charging? Here is the Fix

"Samsung not charging battery: My Galaxy 6 shows charging but the battery percentage doesn't increase, why?"

"My Nexus is totally dead and it won't charge at all. And it is not the charger. Is the battery broken?"

As your phone is draining, you have no way to recharge it. Under such pressure, you can easily jump to the conclusion that the battery is broken. In fact, there are many reasons why a Android phone won't charge properly or totally. It could be:

Faulty cable/charger/sockets/adapter: this is probably the first reason that we could think of.

Charging port: your phone fails to detect power source because the charging port is distorted or obstructed.

Software collapse: charging is not only a hardware issue but with software involved. The phone needs software to detect there is charger plugged in. So if software crashes, the phone also can't charge

Third-party apps: some apps may interrupt the charging process of your device.

Software update: some older models find it hard to support new OS version. So if you newly update the device to Android 9.0/8.0/7.0/6.0, the phone may become charging slowly. 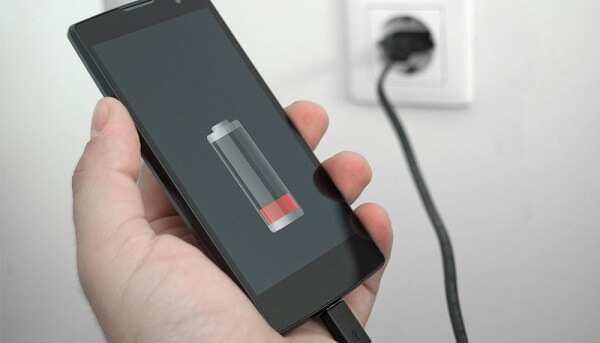 With so many possible reasons, there are many tricks you can try to fix the phone not charging problem on Samsung Galaxy S8/S7/S6/S5/S4, HTC, LG, Nexus and more.

Why My iPhone Won't Charge? Here is What To Do (opens new window)

With a flashlight, take a close look at the charging port and see if it is clogged with any dust, lints, or debris. Then you can blow the obstructions out with a can of compressed air or simply with your lungs. You can also use something like toothpick to clean the charging port.

Also, with USB cable frequently plugged in and out, the metal tab inside the charging port could be distorted and thus make lose contact with the charging cable. You can fix the broken charger port in these steps:

This is pretty obvious. Borrow a workable Android cable from your friend and replace the cable you are using. If the phone starts to charge, then it is time to get a new cable.

Many of us might no longer use the USB cable that come with the phone. The original one could be lost or frayed. It is okay to not use the original cable. But never go for some low quality cables which could cause the charging problem.

If the phone won't charge from a wall plug adapter, unplug it and re-plug the device to a charger with USB cable.

Or when you are charging Android from computer, try to connect the device to a wall charger or powerbank because it could be the USB port on the computer that is damaged.

And you may want to switch to other socket to have a try. 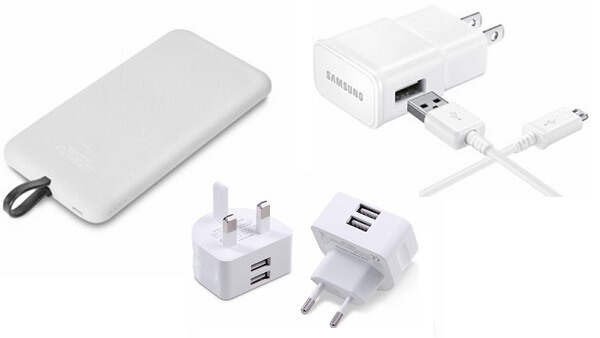 In rare case, a reboot can fix charging problem such as Android device charges too slow or doesn't charge at all.

The lifespan of a battery normally is two years. After two years, the battery could drain quickly or doesn't charge properly.

Open the back cover of your phone and take out the battery. Check if the battery is bulged or leaks fluid; If it is, replace it with a new one.

7. Tip: Find Out the Best Power Source For Your Phone

You may have different cables, chargers, powerbanks, adopters for your Android phone. Do you ever wonder with which chargers or cables your phone charges most quickly? With this matter figured out, you'll know how to charge your phone faster.

Ampere is a app designed to measure charging/discharging current of the battery. After you have connected your phone to a power source, the app will show minimum and maximum load levels , voltage and maximum current of the charger. You can compare the statistics of different chargers and decide which is performing best.

Have you found out other better tricks for Android phone not charging problem? If you have, share with us below.