LG Bridge Not Connecting? How to Fix

You can use LG Bridge to backup LG phone to PC, transfer data from LG to PC/Mac and update LG device to Android Marshmallow/Nougat/Oreo. However, sometimes LG Bridge doesn't work on your PC/Mac. When LG Bridge is not working on your computer, for example: 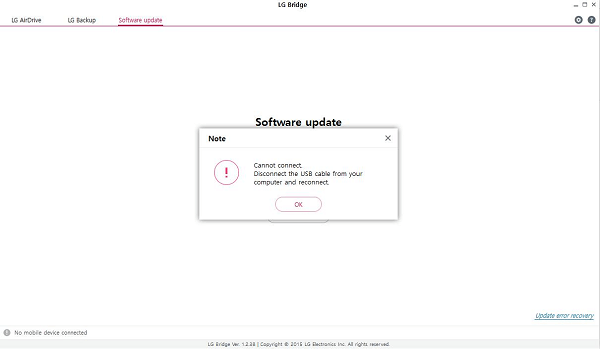 If you have any of these problems with LG Bridge, Here is how to fix.

If your LG device was released before G4, such as LG G3, LG Bridge cannot see your device. To back up or update older LG devices, you should switch to LG PC Suite, the predecessor of LG Bridge.

Download LG PC Suite. You can use the software to backup, update and transfer data from LG G3 or older devices.

LG Bridge on PC/Mac won't recognize your LG phone when USB debugging is disabled or MTP mode is not selected on your device. Therefore, you should: 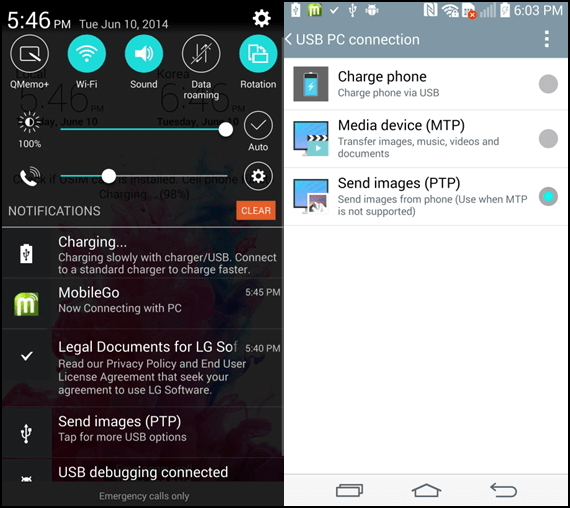 Step 1. When connecting to LG Bridge on PC/Mac, go to your LG phone's notification center. 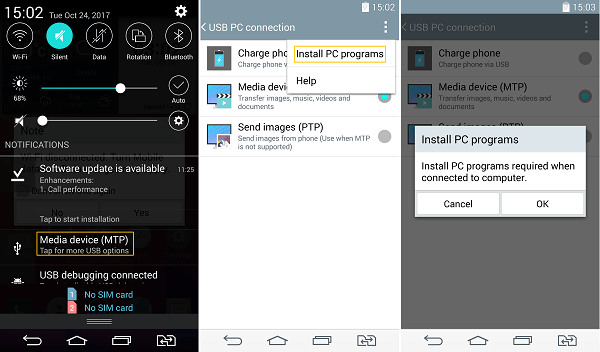 Some users found that when they plugged their LG phones to a USB 3.0 port on PC, the LG Bridge cannot recognize the devices, but when they switched to a USB 2.0 port, the devices are successfully connected to LG bridge.

So if your LG device can be detected by PC but fail to connect to LG bridge, try different USB ports on the PC and see how each port work.

The USB 3.0 port is usually the port with blue color inside while USB 2.0 has either black or white inside the port.

If LG AirDrive is not working properly or LG Bridge cannot check new Android version for your phone, you can update LG Bridge to fix the problem.

Step 2. Update LG Bridge if there is any new version detected.

Step 3. If there is no update, try to uninstall and re-install LG Bridge. The program should work fine after the reinstallation. 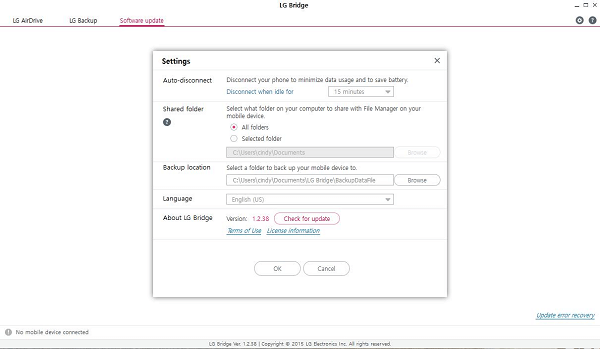 A Better Way to Backup LG Phone to PC

If you can not get your LG phone connected to LG Bridge, why not change to a better way to backup LG data to PC? FonePaw Android Data Backup & Restore (opens new window) is a more easy-to-way software for LG data backup and transfer. 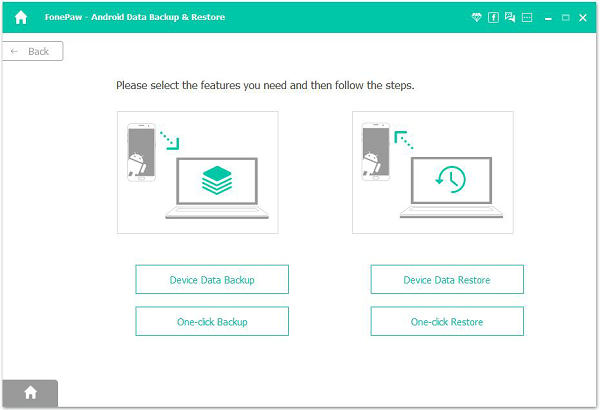 Follow the tutorial to back up your LG phones in three steps (opens new window) without LG Bridge.

If you find these tips useful to fix LG Bridge not connecting problem, share it with other LG users who are also struggling with LG Bridge.